When you are buying tickets at Ik Ben Aanwezig

In these general terms and conditions, the following definitions apply:

Ik Ben Aanwezig: The sole proprietorship Ik Ben Aanwezig (“I Am Aanwezig”) has its registered office and office at the Hessenberg 2, 6511 BT in Nijmegen;
User: The natural and / or legal person who uses the Ticketshop from Ik Ben Aanwezig Buying a Ticket from Organizer for a by or on behalf of Organizer organized Event;
Terms of use: these terms and conditions for the purchase of Tickets by each User via the Ticketshop of Ik Ben Aanwezig;
Organizer: party that organizes an Event and provides access for payment Users;
Event: an event organized by Organizer, including but not limited to performances of artistic nature, music, theater and musical performances, as well concerts, all this in the broadest sense of the word;
Ticketshop: the (online) system developed by Ik Ben Aanwezig for the purchase, handling, processing and settlement of Tickets, including updates to this system;
Agreement: every between Organizer and User through mediation by Ik Ben Aanwezig closed agreement regarding the purchase of Tickets by the User via the Ticketshop of Ik Ben Aanwezig as well as all (legal) acts in preparation and for execution of that agreement;
Assignment: the assignment given by Organizer to Ik Ben Aanwezig for the mediation at the conclusion of an Agreement between User and Organizer;
General Terms and Conditions: the general terms and conditions applicable to the Assignment of Ik Ben Aanwezig, in respect of which the User declares to have received it, read and accepted;
Ticket (s): the admission ticket of an Event organized by or on behalf of Organizer which is sold by the Organizer to the User via the Ticket Shop;
Parties: Ik Ben Aanwezig and User, each separately named Party; Mollie: the Payment Service Provider (PSP), based in Amsterdam.
Mollie: the Payment Service Provider (PSP), established in Amsterdam.

2.1
These Terms of Use are unconditionally and exclusively applicable to all use of the Ticketshop of Ik Ben Aanwezig by the User.

2.2
By checking in the online ordering procedure of the Tickets of the applicability and acceptance of these Terms of Use, the User accepts that they are applicable to the use of the Ticketshop by the User. The data stored by Ik Ben Aanwezig in this respect counts as proof thereof, unless the User provides evidence to the contrary.

2.3
Communication that takes place electronically between the parties is deemed to have been received on the day of dispatch, unless the recipient provides evidence to the contrary. If the communication has not been received by the User as a result of delivery and / or accessibility problems of his e-mail inbox, this is at the risk of the User.

Article 3 | Use of the Ticket Shop

3.1
Ik Ben Aanwezig mediates in the formation of Agreements between Users and Organizers of Events. Ik Ben Aanwezig acts only as an intermediary. The Assignment of Organizer to Ik Ben Aanwezig has to apply as an agreement of mediation within the meaning of Section 7: 425 of the Dutch Civil Code. These Terms of Use therefore only relate to the use of the Ticketshop by the User for the purchase of Tickets.

3.2
Ik Ben Aanwezig emphasizes that Organizer is responsible for the fulfillment of his obligations arising from Agreements. All information that the User has or will receive about the Event from Ik Ben Aanwezig comes from Organizer. Ik Ben Aanwezig does not interfere with this and does not guarantee the correctness and / or completeness of that information

3.6
Liability of Ik Ben Aanwezig is also excluded if for whatever reason damage is or is caused to User by, among other things, but not limited to cancellation, postponement, refusal of access, bad (sitting) places and / or a defective quality of the relevant Event of Organizer and / or the location where the Event is held, unless and insofar as any mandatory legal provision dictates otherwise. This exclusion of liability also applies if, for whatever reason, the Organizer is not liable for this and / or does not offer any or insufficient recourse for claimed damage, unless and insofar as any mandatory provision precludes this.

4.1
The User will always owe the purchase price of the Tickets and additionally an amount of service costs and transaction costs for the mediation by Ik Ben Aanwezig.

The price of the ordered Tickets and the applicable service costs and transaction costs will be made clear to the User prior to the order. All prices used by Ik Ben Aanwezig are in euros and include VAT (VAT).

4.3
User is never entitled to a refund by Ik Ben Aanwezig of the purchase price of the Tickets and / or the applicable service costs and transaction costs. User and / or Organizer the service costs and transaction costs are at all times due to Ik Ben Aanwezig, such as, for example, if for any reason the Event does not take place.

5.2
In no way whatsoever is Ik Ben Aanwezig liable towards User if for any reason the Ticket shop is (temporarily) unavailable, even if the unavailability is the result of a decision taken by Ik Ben Aanwezig without prior notice.

5.3
The User guarantees that he will not abuse the Ticketshop of Ik Ben Aanwezig and more specifically that it will only be personally used and therefore not with the help of bots, spiders or other related methods. The User is not entitled to observe, copy and / or distribute the data collected via and / or generated with the Ticket Shop, whether or not with the aid of apps or other (computer) technologies. The User is also not allowed to make expressions of the Ticketshop and / or the Events for which Ticketshop can be purchased via the Ticketshop without the prior written consent of Ik Ben Aanwezig and / or Organisator (advertising).

6.1
All intellectual property rights of the Ticketshop, including but not limited to texts, images, films, logos and / or license rights, remain the property of Ik Ben Aanwezig and / or the relevant owner of those IP rights.

7.1
The privacy and personal data that User will be provided to Ik Ben Aanwezig will be used and / or processed by Ik Ben Aanwezig in accordance with its privacy statement and within the framework of the Personal Data Protection Act and the General Data Protection Regulation effective from mid-2018. . The User allows this data to be stored and / or processed in a file and / or shared with the Organizer with whom the User concludes an Agreement, which permission has been expressly confirmed by the User in the online ordering procedure.

7.2
Ik Ben Aanwezig refers to its website www.ikbenaanwezig.nl for its privacy statement, on which it is stated in its entirety.

Dutch law applies to the mediation agreement and these Terms of Use between the parties. If and to the extent that on the basis of reasonableness and fairness or the unreasonably onerous nature of any provision of these Terms of Use can not be invoked, the relevant provision with respect to the content and scope in any case shall correspond as much as possible to the but less far-reaching significance, so that this provision can nevertheless be invoked.

If consent is required (as a basis for data processing) then this permission must be given explicitly. The AVG states in recital 32:

“Consent must be given by means of a clear active act, for example a written statement, also by electronic means, or an oral statement, stating that the person concerned freely, specifically, informed and unequivocally agrees with the processing of his personal data.”

Implicit consent is banned, the pre-checking of an option is prohibited. Clear and understandable language must be used for obtaining permission. The withdrawal of consent must be as simple as giving it.

An example is a privacy statement: it must be set up in such a way that a user understands what happens to his personal data.

Processing personal data without permission is possible, if there is an urgent need. In that case, objections can be made against this. 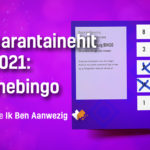 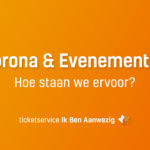 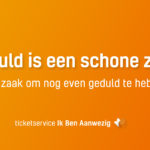 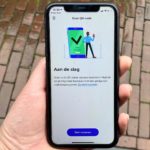